Why you should consume sarsaparilla 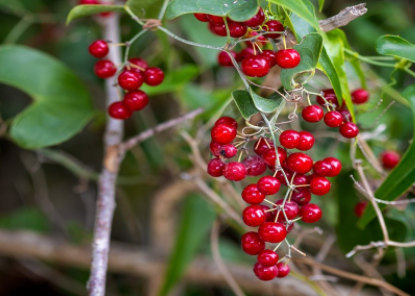 The woody vine known as sarsaparilla is native to the Caribbean, Central and South America. The sarsaparilla contains a host of plant nutrients known to have a beneficial effect on the human body.
Sarsaparilla is a very good treatment for various types of cancer. The plant contains chemicals that kill the growth of cancerous tumours in the breast and liver. It is known to be specifically beneficial to the liver as it contains compounds rich in flavonoids which aid in the reverse of damage to the liver and help it function at its best.
The benefits of sarsaparilla root for treating psoriasis – a skin condition that produces red scales with itch incessantly – have been well documented. The main steroid of the plant, known as sarsaponin, can remove lesions and rid you of the uncomfortable itching that accompanies that condition.
Sarsaparilla is also filled with anti-inflammatory compounds making it a perfect cure for rheumatoid arthritis and other causes of joint pain and the swelling caused by gout.
Sarsaparilla is also an effective shield against harmful bacteria and other microorganisms that invade the body and cause physical stress. It is nature’s antibiotic and antifungal compound. It has been used for centuries to treat major illnesses like leprosy and the sexually transmitted disease syphilis.
You can also use sarsaparilla as a ‘chaser’ for herbal mixes as it is known to increase the absorption of other herbs.
The virtues of this vine have been extolled in song by Reggae singer Chronixx but your body will be better off for consuming this plant.