The walk-through on Friday, came a day after Prime Minister Andrew Holness, Bartlett and a slew of Government, diplomatic and private sector leaders joined the official opening of the Evan Williams and Joe Bogdanovich-led boutique, multi-storey R Hotel on Renfrew Road in New Kingston, and days after a 2020 opening announcement of the new Tapestry Collection by Hilton Hotel on property owned by PanJam Investment Limited on the downtown Kingston waterfront. That multi-purpose complex is to include retail, on-site entertainment and commercial office spaces. 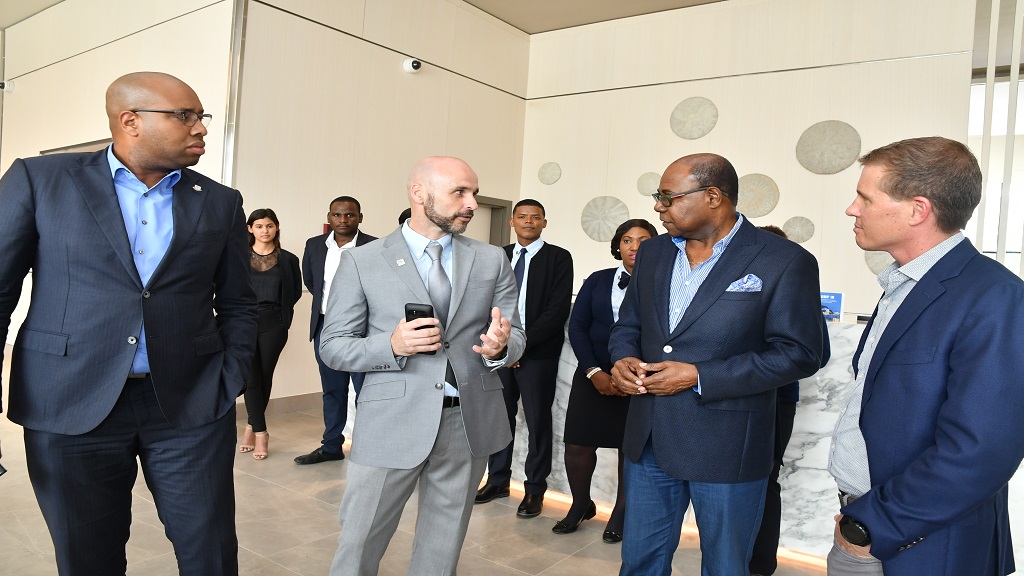 Bartlett noted that, “The presence of products like these adds to the statement that Kingston wants to make, that it has arrived, and that it is ready for the status of a big city tourism destination. So we are also excited about building out these very important elements of what true City Tourism is about.”

The AC Marriott, designed by Synergy Design Studios, is a Gordon ‘Butch’ Stewart-led Sandals Resorts International development located on Lady Musgrave Road in the New Kingston/Golden Triangle area of the city of Kingston, and adjoins the family-owned ATL Automotive Group's BMW and MINI showrooms. The hotel represents the family's first major tourism venture outside of its Sandals/Beaches resorts trademark. 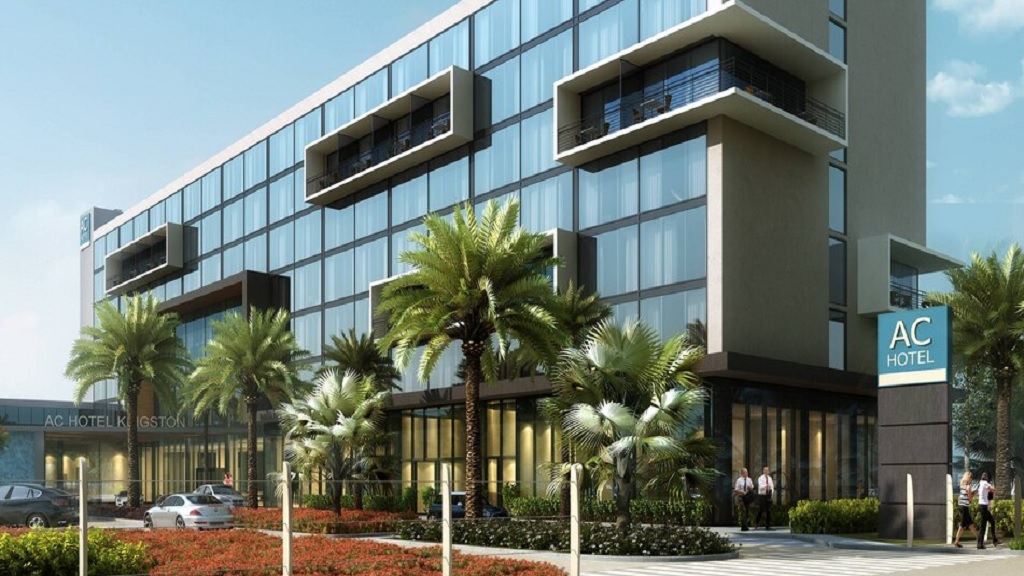 The hotel has 10 rooms that are designed to accommodate wheelchair-bound guests, and 17 rooms for guests who are hearing-impaired. It also features 200 solar panels, energy-efficient glass, electric car-charging stations, a plethora of Jamaican art pieces, as well as a check-in desk that caters to guests with special needs.

“The AC Marriott in Kingston is very special. It is not just a facility that enables people to walk in, sleep at night or have a drink. It is a place for recreation, rest and conversation. But more importantly, it is also a creative centre where people will get a chance to enjoy the culture while making a contribution to local development,” said Bartlett.

Other unique features of the hotel include 18,600 square feet of meeting space in three separate rooms, the largest being the main ballroom with the capacity to seat 600 people.

It also has a Starbucks, laundromat, a fully-equipped gym, restaurant, bar and AC store