Close to 150 anglers are to compete in the 54th annual Port Antonio International Marlin Tournament, which will take place in a new format in the country's first declared tourist destination, Port Antonio, Portland, from October 26-28.
The three-day competition, which is one of the largest and oldest in the Caribbean, was launched at JN Fund Managers on Belmont Road, New Kingston, on Thursday.
“Overall, close to 150 anglers will be participating in the three-day tournament which commences on October 26th and finishes on the 28th,” explained Peter Cowan, tournament director.
“At the end of it, we will have trophies for the first marlin each day. There will be a trophy for the overall winner and largest specie of all categories. Marlins caught that are less than 99 inches, which is less than 300 pounds, will be released,” he added.
This year the event features a change to the format, with the competition beginning on a Thursday as opposed to Monday.
“The tournament used to go from the Monday, with fishing on a Tuesday, rest day on Wednesday, then fishing on Thursday and Friday. In speaking with the participants, it was pointed out that the break was not the best and wasn't working out for everybody,” he said.
Cowan pointed out that the new format makes the tournament more flexible to facilitate families and younger aspiring anglers, many of whom were unable to participate because of work or school. 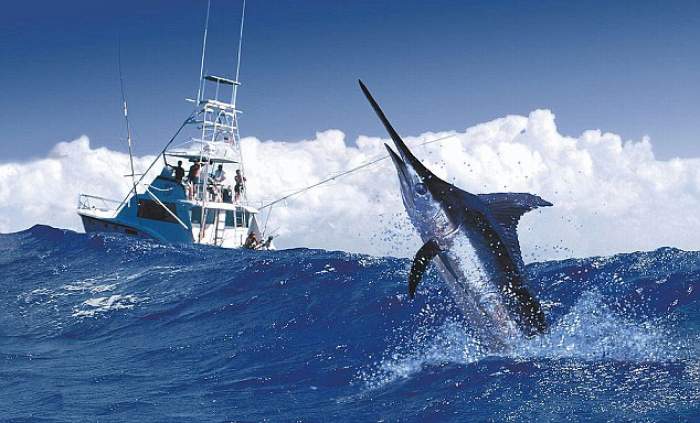 Marlin-Tournament-Port-Antonio-Jamaica
This page has been visited 11494 times.      Suggest an edit to this listing
next listing