Trade Winds Citrus Limited has invested over $100 million into the production of pineapple, in a bid to diversify its farms in Bog Walk, St Catherine which focused solely on citrus.
Trade Winds is targeting the local fresh fruits market, but will use the rejects for its three brand of juices, Tru Juice, Fresh and Squeeze.

The company will also look to export to the Caribbean if the local market cannot absorb the farm’s produce.

It will start with 75 acres of pineapple on its New Works farm, which used to be 650 acres of citrus, but now spans 400 acres. 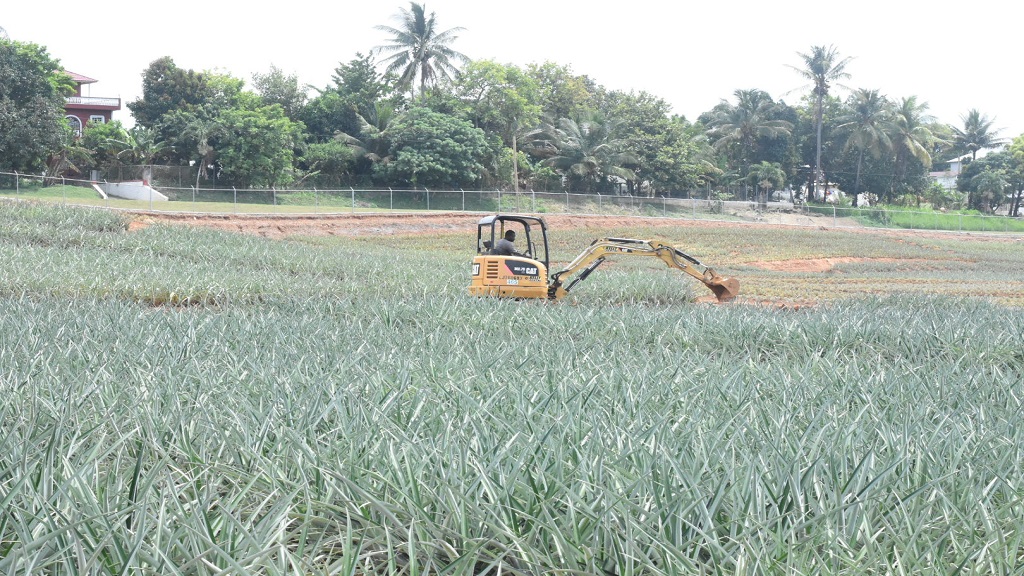 A Trade Winds Citrus staff member clears a section of the land being used to cultivate pineappple. (Photo: Marlon Reid)

According to Peter McConnell, managing director at Trade Winds, the company opted to diversify its farms after citrus farmers suffered from the greening diseases nearly a decade ago.

McConnell said that the company forked out approximately $1 million per acre to grow the pineapple with another US$300,000 for equipment that will be used during the farming process of the fruit.

It means that the company has spent over $100 million for the production of the pineapple.

In an interview with Loop News reporter Job Nelson, McConnell said: “This is very expensive. It is a very capital-intensive crop, but it is also going to be high yielding and profitable.” 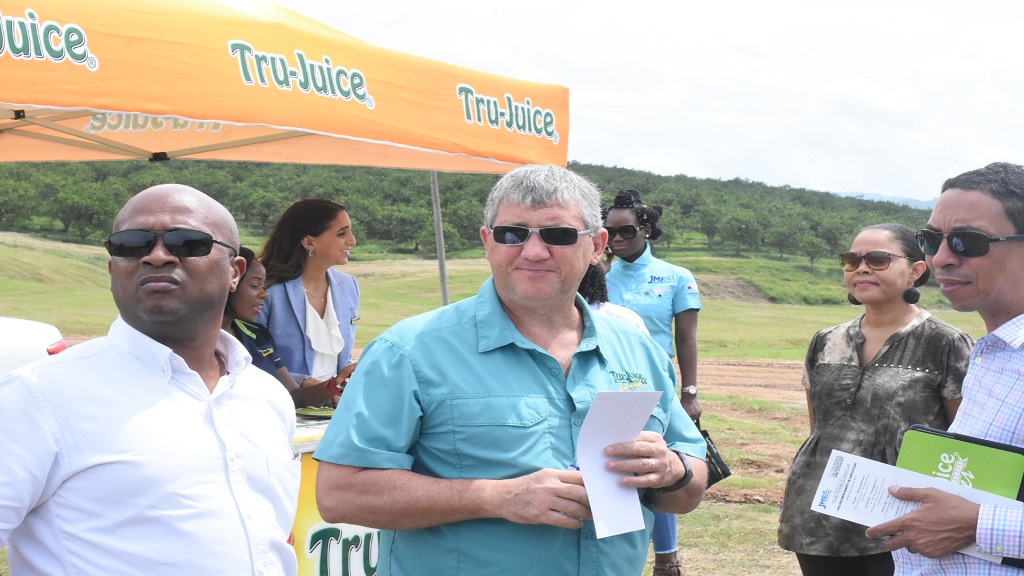 Trade Winds is targeting local fresh fruits market with its pineapples but will use the rejects for its three brand of juices, Tru Juice, Fresh and Squeeze.

During a tour of the farms, organised by the Jamaica Manufacturers and Exporters Association on Wednesday, McConnell revealed that Trade Winds Citrus had to seek expertise from Costa Rica on growing profitable pineapples, using the MD2 strain.

“The MD2 is similar to a sugarloaf (another strain). It is a more uniformed shape. It is a hybrid and the main characteristics are that they do produce larger fruit, a relatively uninformed fruit in terms of its almost cylindrical, very sweet and very importantly, no prickle”. 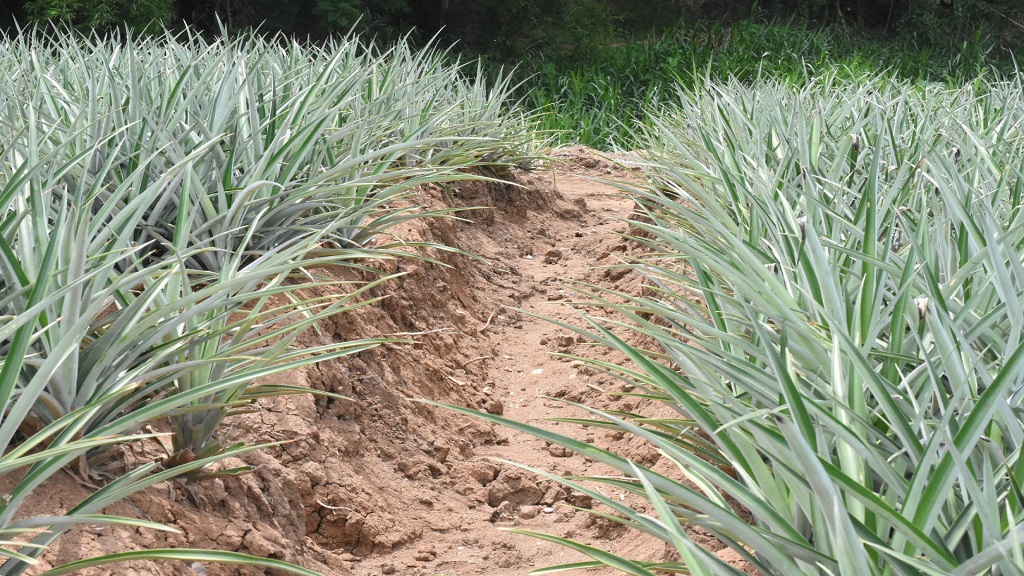 McConnell noted that the makeup of the pineapples to be placed under production was important to the company.

“I think that’s one of the main characteristics that’s going to very important to us. We will be fertilizing and doing weed control mechanically but hands will do all harvesting. So we will have to walk through the field and harvest,” McConnell said.

He said much of the investments in the project was used for land preparation and to implement in a proper irrigation system, with drainage taking up a major portion of the land.