The history of obeah

A recent announcement by Justice Minister Delory Chuck that the nation’s legislators are mulling over repealing the Obeah Act has drawn mixed reactions from the public. The practice has long been feared and misunderstood by many Jamaicans who view it as an evil. Loop News will attempt to delve into the history of obeah to get more clarity on a practice that is African in origin, was retained by slaves and made illegal by colonialists over 100 years ago.
Obeah is not an organised practice and is more done on an individual basis. It is said to have originated in West Africa and is basically a belief that one can connect with their ancestors and communicate with their spirits.

It is said to have been brought to the Caribbean by slaves who originated from West Africa.

Obeah is practiced in various forms throughout the region including in Trinidad and Tobago, the Virgin Islands, Barbados, Belize, Dominica, Suriname, Guyana, St Lucia, St Vincent and the Grenadines, Cuba and of course, Jamaica.

Some historians believe that obeah originated from the Ashanti and Koromantin tribes of the Gold Coast of Africa, and that it was introduced to the Caribbean as early as the mid 17th century. It was said to be practiced by the slaves who attempted to conjure up the spirits of their ancestors to free them from the evil of the slave masters whip and bondage.

It was feared and misunderstood by the white slave owners, themselves highly superstitious and the word ‘obeah’ was perhaps coined by them to describe all African-retained religious practices which included Myalism.

Regardless of its use, for evil or good’, the obeah men and women were treated with the utmost respect and fear by all whom met them. Obeah practitioners played a prominent role in the Caribbean slave societies from the beginning of the slave trade. They functioned as community leaders and teachers of the African folk’s cultural heritage.

Many Africans believed that the 'obeahman' had within his power the ability to render someone invincible, resuscitate the dead, cure diseases, protect a man from the consequences of his crimes, and cause great harm to anyone he wished.

But one of the real and most poignant powers that the 'obeahman' had was his influence over the slaves to rebel. In Jamaican history, the obeah workers were very much involved in inciting slaves to rebellion and for that they were hated and feared by the slave owners and later the colonialists. The obeahman played a role as an inspirational leader who could entice his entourage, which might number in the thousands, to partake in resistance. 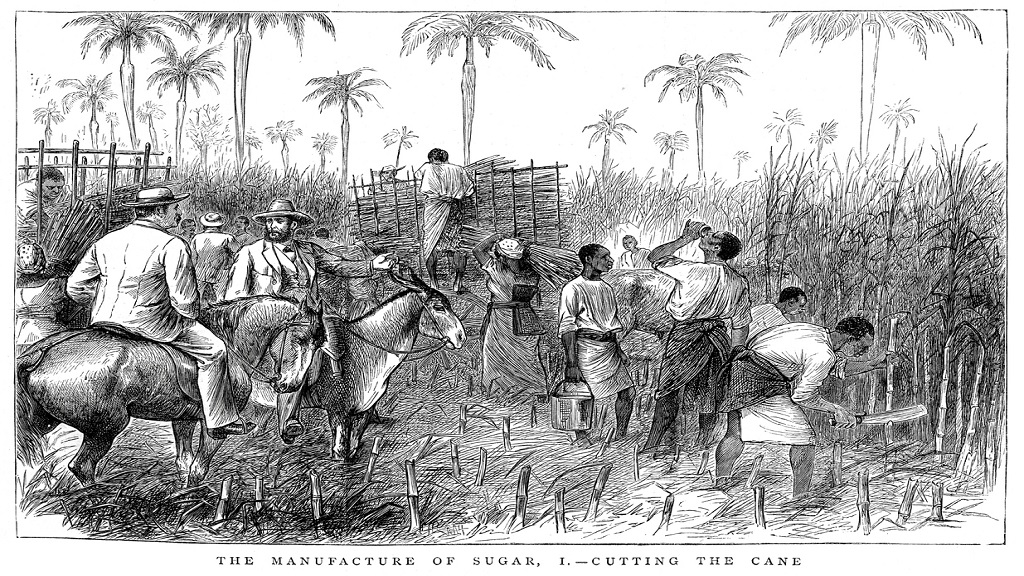 According to a report on the website www.angelfire.com, an 'obeahman' who was burnt at the stake in western Jamaica predicted great calamity for his persecutors and executioner before his death and his predictions actually happened.

In 1780 an Obeahman that went by the name of Plato the Wizard terrorized people, both black and white, throughout the parish of Westmoreland, Jamaica. He declared that anyone who dared touch him would suffer extreme physical and spiritual torments. He was captured by the authorities and taken to Montego Bay and condemned to death. He prophesied that his death would be avenged within a year by a storm that would ravish the whole island. He told the jailer who tied him and burned him at the stake that he, the jailer, would not live long enough to triumph over his death because he had taken care to "Obeah him." One of the most violent storms to ever hit Jamaica broke over the island that year, while the jailer, brooding over the curse of the Obeahman, declined in health, and in spite of medical aid and a voyage to America, died within the year.

The following is from a report by The Governor of Jamaica, Colonel John Dalling, to the Government in London regarding the hurricane that struck the island on October 3, 1780. Notice, besides the severity of the hurricane, the Governor reported that there were earthquakes as well --- and that the quakes totally demolished every building in the parish of Westmoreland and that remaining inhabitants were faced with famine:

I am sorry to be under the disagreeable necessity of informing your Lordships of one of the most dreadful calamities that has happened to this colony within the memory of the oldest inhabitant.

On the morning of the 3 instant, the weather being very close, the sky sudden became very much overcast, and an uncommon elevation of the sea immediately followed. Whilst the unhappy settlers at Savanna-la-Mar were observing this extraordinary Phenomenon, the sea broke suddenly in upon the town, and on its retreat swept everything away with it, so as not to leave the smallest vestige of Man, Beast, or House behind.

This most dreadful catastrophe was succeeded by the most terrible hurricane that ever was felt in this country, with repeated shocks of an Earthquake which has almost totally demolished every building in the Parishes of Westmoreland, Hanover, part of St James and some parts of St Elizabeth's and killed, members of the white Inhabitants as well as of the negroes. The wretched inhabitants are in a truly wretched situation not a house standing to shelter them from the inclement weather not clothes to cover them, everything being lost in the general wreck. And what is still more dreadful Famine staring them in the face.

Obeah has also been said to have been used by freedom fighters, Nanny of the Maroons, Paul Bogle and Tacky in their resistance against the evils of slavery.

Obeah was also blamed for a series of poisonings which were carried out by slaves against the evil slaver.

According to www.scholarlibrary.miami, plantation owner Joseph Williams shared his view of the Africans from the earliest days of legislation in Jamaica:

"A serious source of danger to the peace of the colony was recognized to be ever present in the assemblies of slaves where the old religious tribal dances were openly accompanied by drumming which aroused the fanaticism of Africans to such a degree as to endanger a general uprising." Before long it was discovered that a second cause of danger, this time a personal one to master and slave alike, was to be traced to the secret poisonings that were ever becoming more common. Beginning in 1684, various laws were enacted in Jamaica as a precaution against slave rebellion. Later, planter legislators enacted laws banning nocturnal "gatherings" and religious practices. In 1816, a law was passed recognizing the coupled danger present from revolt and Obeah, "if there shall be found in the possession of any slave any poisonous drugs, pounded glass, parrot’s beaks, dog’s teeth, alligator’s teeth, or other materials notoriously used in the practice of Obeah or witchcraft, such slave upon conviction, shall be liable to suffer transportation from the island [deportation]." 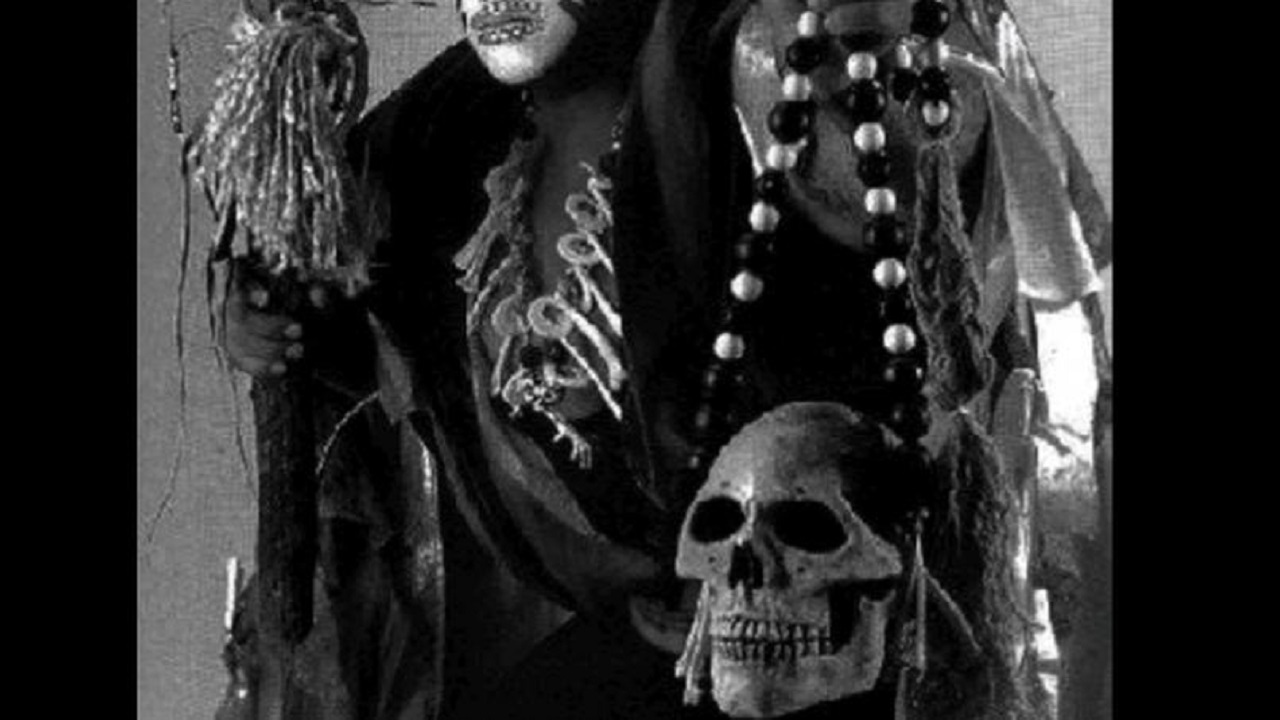 In modern Jamaica the practice of obeah has morphed into one where criminals, policemen and other members of society from all economic classes tend to visit the practitioners for protection from evil spirits and to keep them free from harm in their daily works.

In this modern day and age, a centuries old tradition is still surrounded by mystique and is highly feared and misunderstood by most.