Media urged to advocate for internet connectivity in rural areas

Communication Consultant and adjunct lecturer at the Caribbean School of Media and Communication (CARIMAC), Kalando Wilmoth, has encouraged journalists to use the power of the Fourth Estate to press governments to develop internet capacity in rural communities, which lack internet connectivity.

“The truth is that internet access is not a government decision, it is a business decision. Therefore, companies (internet providers) are the ones who decide. But that cannot be. The government needs to work along with companies to determine how connectivity is deployed,” he said.

“Otherwise we may end up in a situation where we create a new digital divide. Where only the people who have access to urban centres would continue to benefit from advancements in internet technology. This is an opportunity for journalists to make that story known. You can’t allow only the businesses to determine where the connectivity takes place,” he said.

Wilmoth was responding to comments made by senior journalists and educators, highlighting that rural communities are being left behind, as it relates to access to the internet and reliable service by internet providers.

The journalists and educators were participating in a roundtable discussion held at CARIMAC at The University of the West Indies (UWI), Mona campus,  on the weekend (May 31), under the theme “Journalism in an Emerging Digital Landscape in Jamaica.”

Earlier on in the discussion, Franklyn McKnight, veteran journalist and adjunct lecturer at the CARIMAC, pointed out that where he lives on the North Coast, near to some of the best hotels and infrastructure, residents in the surrounding communities have no internet access.

“These communities are without internet and that story is not being told. The media do not tell that story,” he maintained. 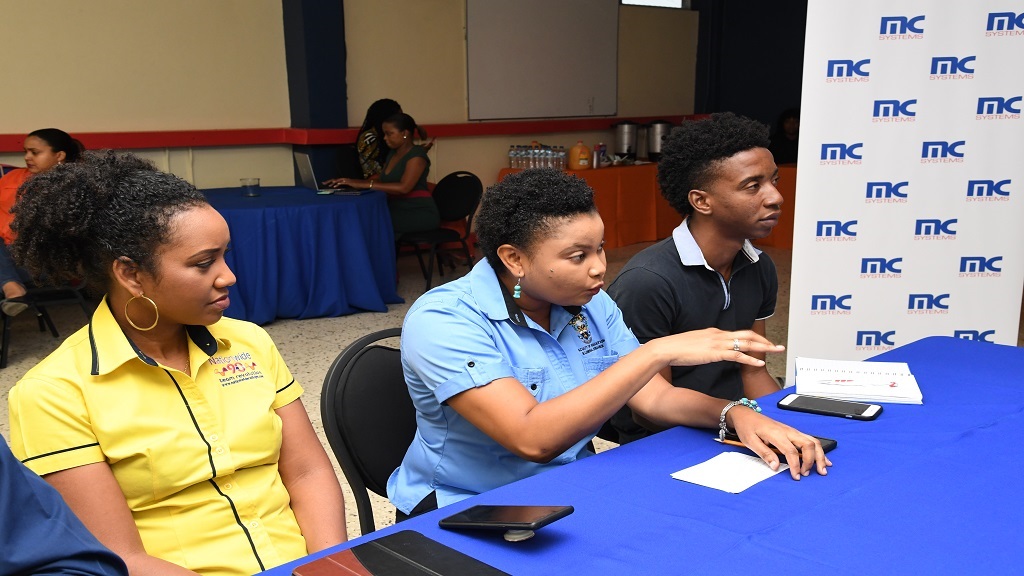 Marilyn Allen, lecturer at the University of Technology, Jamaica (UTech) related a similar situation, stating that although she has access to the internet in the community where she lives in St. Catherine, service interruptions are frequent.

Relating a recent experience, as she tried to work from home, Allen said: “My challenge was that the internet went away for hours to days on end. I would not have known that had I not stayed home and needed to work online for that period. I had to actually leave and come into Kingston use an internet café, which had Wi-Fi access to complete the task because I had deadlines to meet. That affects productivity and the ability of people to work online, at home,” she related.

The UTech lecturer noted that the situation becomes worse in rural communities, such as Hopewell, Hanover. She said that lack of internet connectivity generates broader issues, which need attention, and ought to be written about by the media.

George Davis, president of the Press Association of Jamaica (PAJ), pointed out that although some rural communities have community access points, the access points are sometimes inconvenient because community centres where the access is provided, close at a certain time.

“The further you go outside of Kingston and St. Andrew, the fewer people you find with the kind of consistent connectivity; and, in real terms that make us kind of backward, I think,” he said.

The roundtable discussion was part of a two-day technology workshop for journalists, entitled “Tech as a Beat,” which was organised by MC Systems in partnership with the US Embassy in Jamaica, CARIMAC and the PAJ.