Maurits Cornelis Escher (1898-1972) is one of the world's most famous graphic artists. His art is enjoyed by millions of people all over the world, as can be seen on the many web sites on the internet.
He is most famous for his so-called impossible constructions, such as Ascending and Descending, Relativity, his Transformation Prints, such as Metamorphosis I, Metamorphosis II and Metamorphosis III, Sky & Water I or Reptiles.
But he also made some wonderful, more realistic work during the time he lived and traveled in Italy.
Castrovalva for example, where one already can see Escher's fascination for high and low, close by and far away. The lithograph Atrani, a small town on the Amalfi Coast was made in 1931, but comes back for example, in his masterpiece Metamorphosis I and II.
M.C. Escher, during his lifetime, made 448 lithographs, woodcuts and wood engravings and over 2000 drawings and sketches. Like some of his famous predecessors, - Michelangelo, Leonardo da Vinci, Dürer and Holbein-, M.C. Escher was left-handed.
After only one week, he informed his father that he would rather study graphic art instead of architecture, as he had shown his drawings and linoleum cuts to his graphic teacher Samuel Jessurun de Mesquita, who encouraged him to continue with graphic arts.
After finishing school, he traveled extensively through Italy, where he met his wife Jetta Umiker, whom he married in 1924. They settled in Rome, where they stayed until 1935. During these 11 years, Escher would travel each year throughout Italy, drawing and sketching for the various prints he would make when he returned home.
Many of these sketches he would later use for various other lithographs and/or woodcuts and wood engravings, for example the background in the lithograph Waterfall stems from his Italian period, or the trees reflecting in the woodcut Puddle, which are the same trees Escher used in his woodcut "Pineta of Calvi", which he made in 1932.
M.C. Escher became fascinated by the regular Division of the Plane, when he first visited the Alhambra, a fourteen century Moorish castle in Granada, Spain in 1922.
During the years in Switzerland and throughout the Second World War, he vigorously pursued his hobby, by drawing 62 of the total of 137 Regular Division Drawings he would make in his lifetime.
He would extend his passion for the Regular Division of the Plane, by using some of his drawings as the basis for yet another hobby, carving beech wood spheres.
He played with architecture, perspective and impossible spaces. His art continues to amaze and wonder millions of people all over the world. In his work we recognize his keen observation of the world around us and the expressions of his own fantasies. M.C. Escher shows us that reality is wondrous, comprehensible and fascinating. 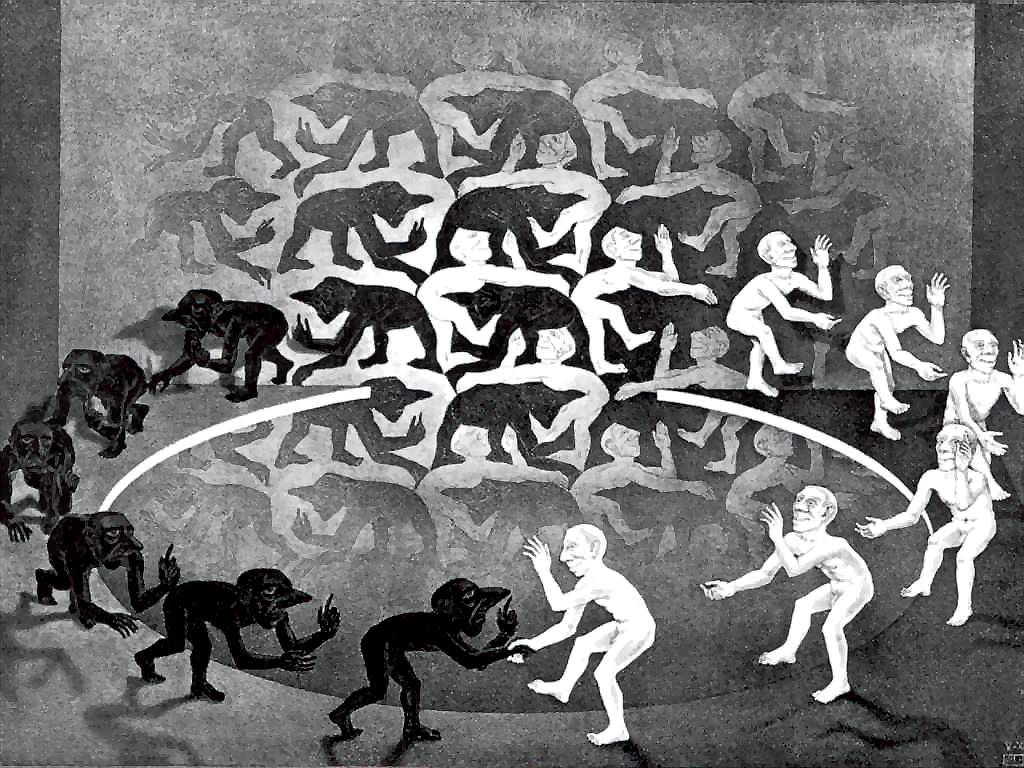 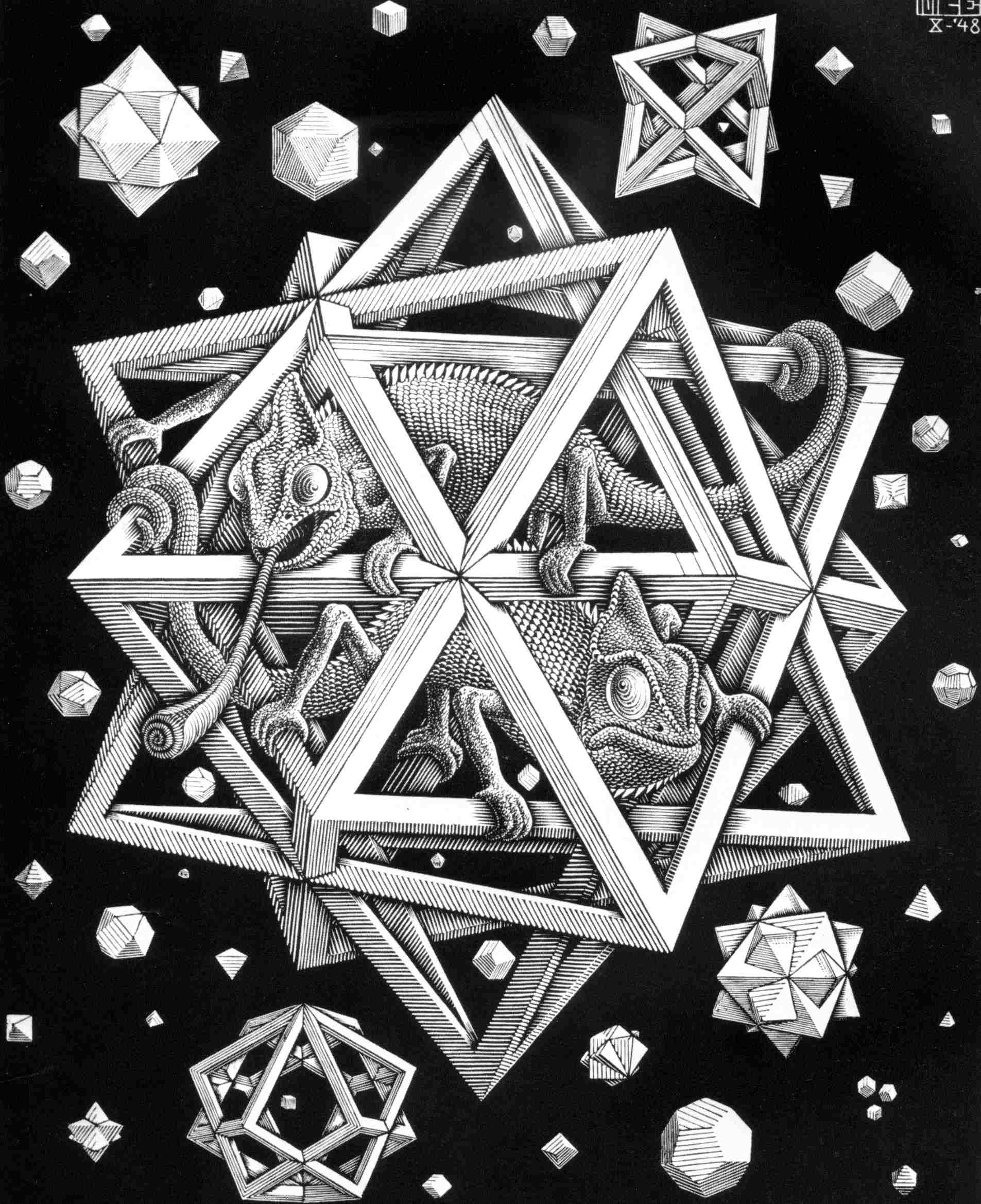