Jamaica weather forecast at 5am Monday, May 27, 2019 by the Meteorological Service Division.
SIGNIFICANT FEATURE… A Trough across Jamaica. Comment… The Trough is expected to remain in the vicinity of the island through to Wednesday evening. Expect cloudy conditions with periods of showers and thunderstorms to continue during this time as a result. 24-HOUR FORECAST This Morning… Cloudy with intermittent showers. This Afternoon… Scattered showers and thunderstorms across sections of most parishes. Tonight… Cloudy with intermittent showers, mainly across eastern parishes. 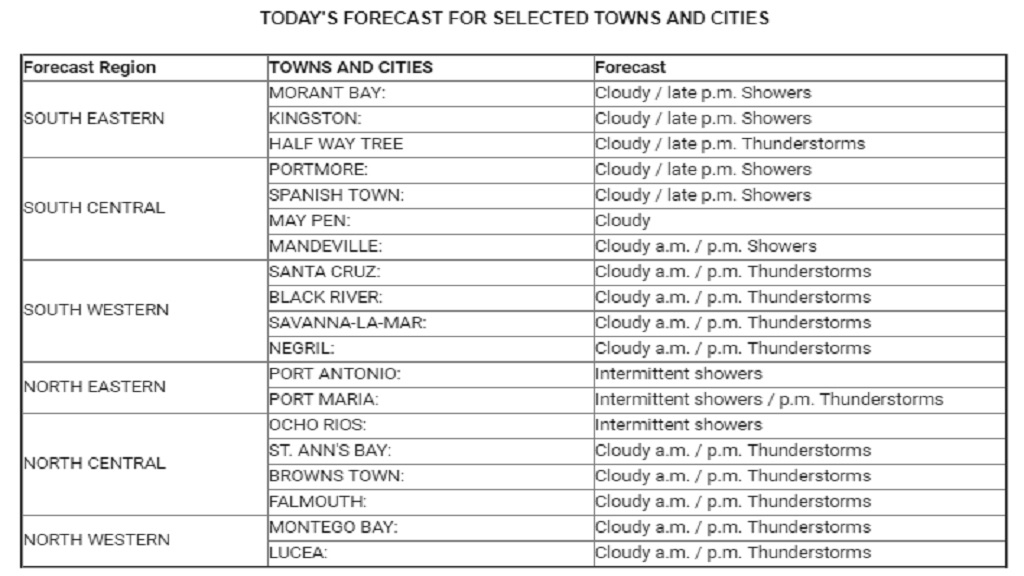