Students of the inner city, St Andrew-based Haile Selassie High School have been urged to rise above their current circumstances and strive to accomplish their goals.
That was the message from Dr Julius Garvey, son of national hero Marcus Garvey at the school's recent African Liberation Day ceremony as part of its 50th-anniversary celebration.

The institution, which is located in the volatile community of Payne Land, is named after former Ethiopian emperor Haile Selassie I, who bequeathed the land for the school during his visit to the island in 1966. 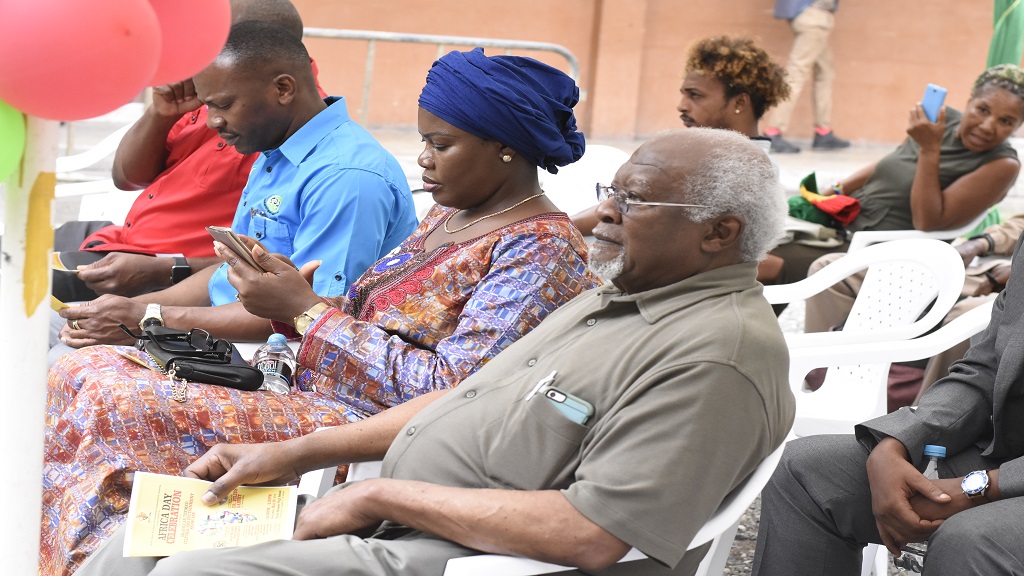 Dr Julius Garvey (right) and Nigerian High Commissioner to Jamaica, Janet Olisa, were among the speakers.

Garvey took from his father's speeches to enlighten the students of their African lineage and the love for the Jamaican culture around the world. He told them they have to understand their journey to know their future.

He said the African Liberation Day celebration will help them to better understand the culture, what has been accomplished and what has to be done.

"We are all made in the image of God, which means that we are all divine, like a drop of water is to the ocean. We have that within us... you are born with all the potential that you need to do anything that you wish to accomplish.

"It is not just enough to look at your circumstances and say 'I was not born with a silver spoon or I was not born with parents that have a million dollars'. That doesn't let you off. Each of you have a job to do that only you can do, but you will have to make a choice as to whether you are going to live up to that part, or you are not," Garvey continued. 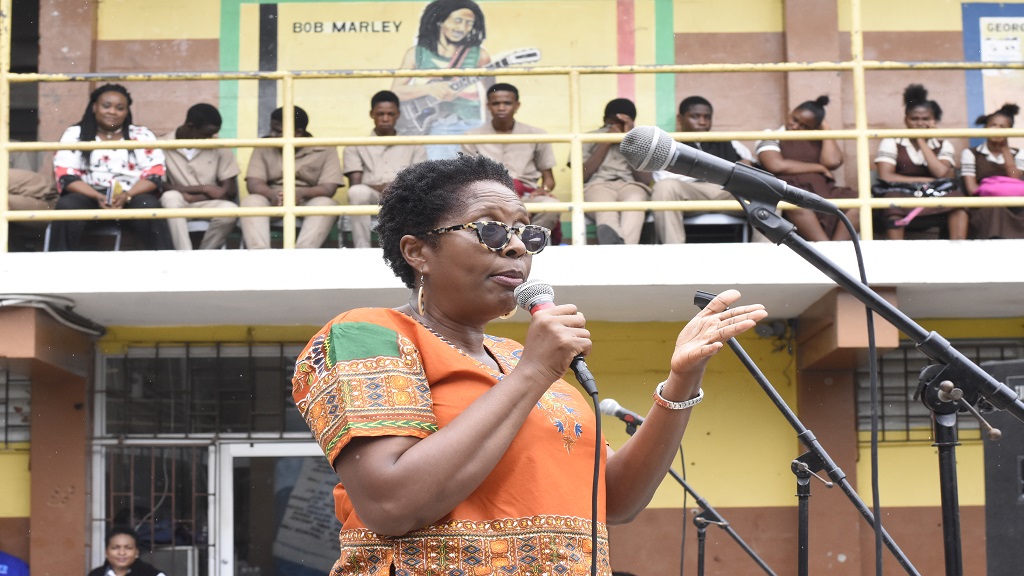 Brown-Burke... make sure you do all you can to be the best that you can be.

The event also attracted Jamaican artistes including Mikey General who sang the National Anthem, Warrior King and Jah9 who told the students about exercise and its relations to Africa. Reggae star Chronixx was also seen on the school compound. Olisa told the students about the wealth of the 56 countries of the African continent, as a result of the natural resources, which she said the west came for with guns and cannons. Using Garvey's words, she told them that their circumstances do not determine their final destination and advised them to read to find out about the struggles of the island's ancestors and how they made the best from the worst situation. 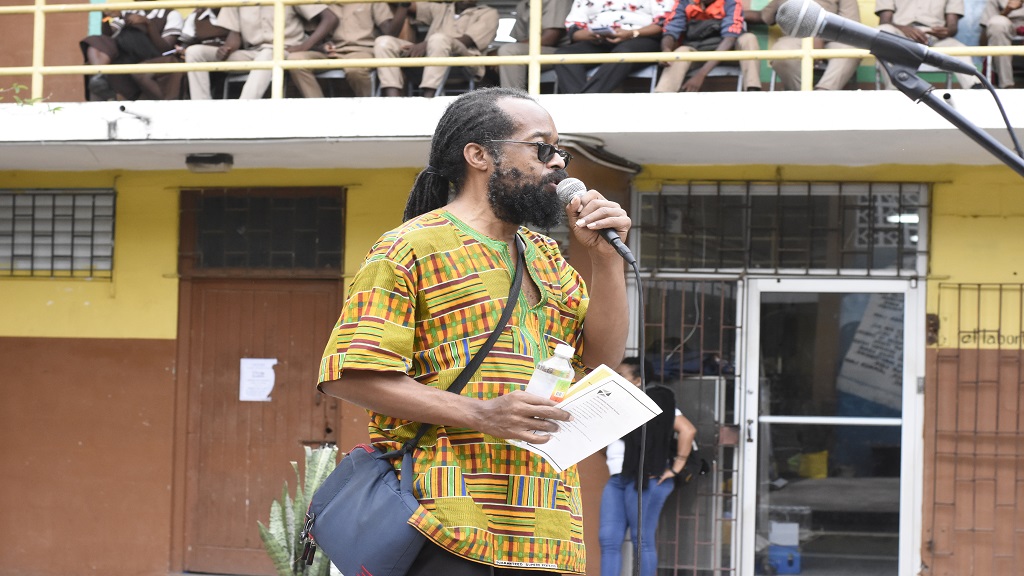 She encouraged the students to "learn about Africa as we learn about you" as she said that while the continent has many conflicts, the leaders are working to "put our houses together".

Gunning told the students that he observed, while walking the around campus, the empowerment they were getting through the many pictures and depiction of heroes and heroines.

He said, "we come from a diverse continent; we don't deny that we have our challenges, but we also don't deny that we are having great success. Sometimes you are not shown that success and it is not always fashionable to be an African. Let me tell you this, Africa is on the rise and, as part of a proud heritage, we invite you to rise up as well."

Meanwhile, Brown Burke highlighted the horrors of the transatlantic slave trade and told the students that they should be representatives of the struggles of their African ancestors who came to the Caribbean and be proud of who they are. 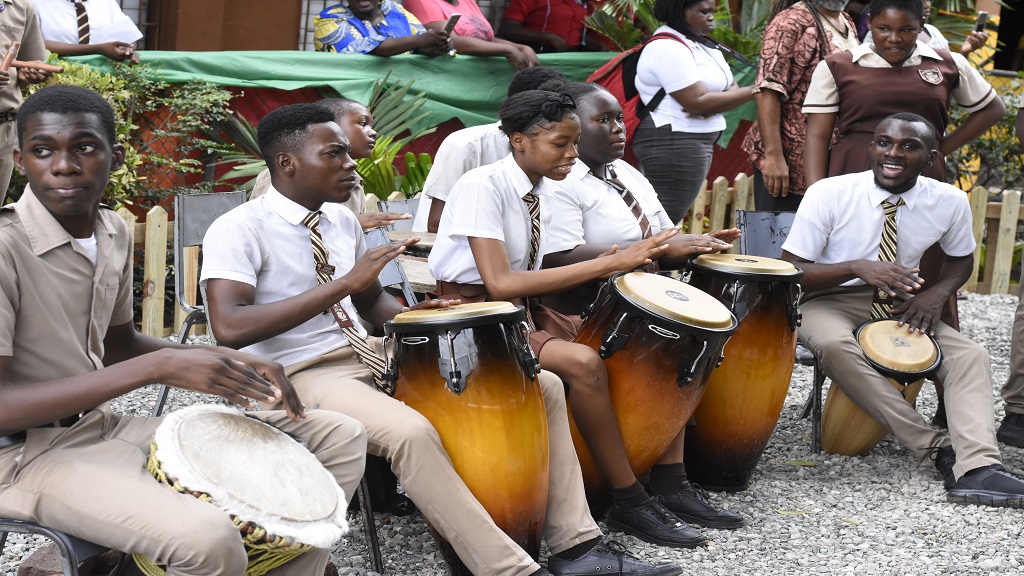 She said, "make sure you do all you can to be the best that you can be ... that when you step out there, you are another shining example of a black man or woman, grown here in Jamaica, of who we can all be proud.

"Sometimes we believe that because we find ourselves in the inner city, it means that we can't be the best there is and I am sure that your parents have you here and are doing what they can, to ensure that you are better than they are," Brown Burke said.
Source:Loop