What's in your porridge? 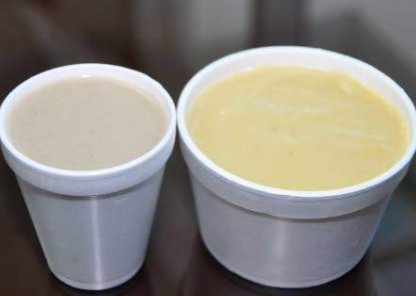 IN Jamaica, porridge is uncontested as the number one breakfast cereal. Certain porridges have grown the reputation of being the standard-bearer of a nutritious breakfast, and ultimately, a productive day. But while porridge has been proven to keep you full until your mid-morning snack, or even until lunchtime, you must ensure that your bowl of boiled starchy food or grain is meeting the nutritional requirements to start your day, and not just fill you up on empty calories.
Registered nutritionist Shannon Grant takes a look at five of the most common Jamaican porridges, and the health benefits and drawbacks associated with each. Let's see what's in your porridge.
Oatmeal
One cup of uncooked oatmeal by itself contains about 160 calories, four grams of soluble and insoluble fibre, and six grams of protein. Oats are also rich in thiamine, magnesium, phosphorus, zinc, manganese, and iron. The calorie content, as well as the nutrient content, can increase depending on the addition of milk, sweeteners and spices. Many people opt to add fruits to their oatmeal to compensate for the vitamins and minerals that aren't found in oats.
Cornmeal
Cornmeal is made by grinding dried corn kernels into grains of varying textures. Cornmeal porridge is usually made from the finest texture of ground corn, which often has added nutrients. On its own, a cup of cornmeal contains about 90 grams of carbs, 10 grams of protein and four grams of fat. This gluten-free porridge option is rich in thiamine, B6, folate, selenium, manganese, phosphorus, iron, and magnesium, and can be helpful to people who are trying to gain weight. It also contains dietary fibre, which helps you to feel fuller for longer, and helps to regulate bowel movements.
Hominy corn
Hominy is another corn product that is used to make porridge. It is made by soaking dried, shelled corn until the external coatings can be removed. White and yellow hominy are available in both whole and ground variations. Along with the nutrients found in cornmeal, hominy is an even richer source of dietary fibre and omega-6 fatty acids.
Plantain/banana
Bananas and plantains contain a high amount of both soluble and insoluble fibre, which make them ideal for keeping you full all morning. They also contain protein, magnesium, copper, manganese, and vitamins C and B6. One finger of green banana has about 100 calories, the majority of which is carbs. A plantain has about three times that amount, but is also about three times the size.
Peanut
Unlike plantains and bananas, peanuts are especially high in protein — so high that they are used as a substitute for the protein found in meat and dairy by vegetarians. They are great sources of biotin, copper, manganese, folate, niacin, thiamine, phosphorous, magnesium, and vitamin E. For such high protein and vitamin content, peanuts are very low in carbs. They are helpful in weight regulation, heart health and even in reducing the risk of developing gallstones.
Despite the benefits of the main ingredients in our porridges, however, Grant noted it is important to monitor the other additives that are put in for taste.
“There are about 12 calories in one teaspoon of vanilla extract,” she noted, adding that the content of natural spices such as nutmeg and cinnamon should also be calculated.
“But common sweeteners such as coconut milk, condensed milk and brown sugar also bring their carbs with them,” she said. “Since most of the main ingredients in our porridges are already very starchy, be very sparing in the use of sweeteners. It is also good to eat raw fruits and nuts with your porridge to add nutrients that are not found in the porridge. A boiled egg is great with the porridges that are low in fat and protein.”